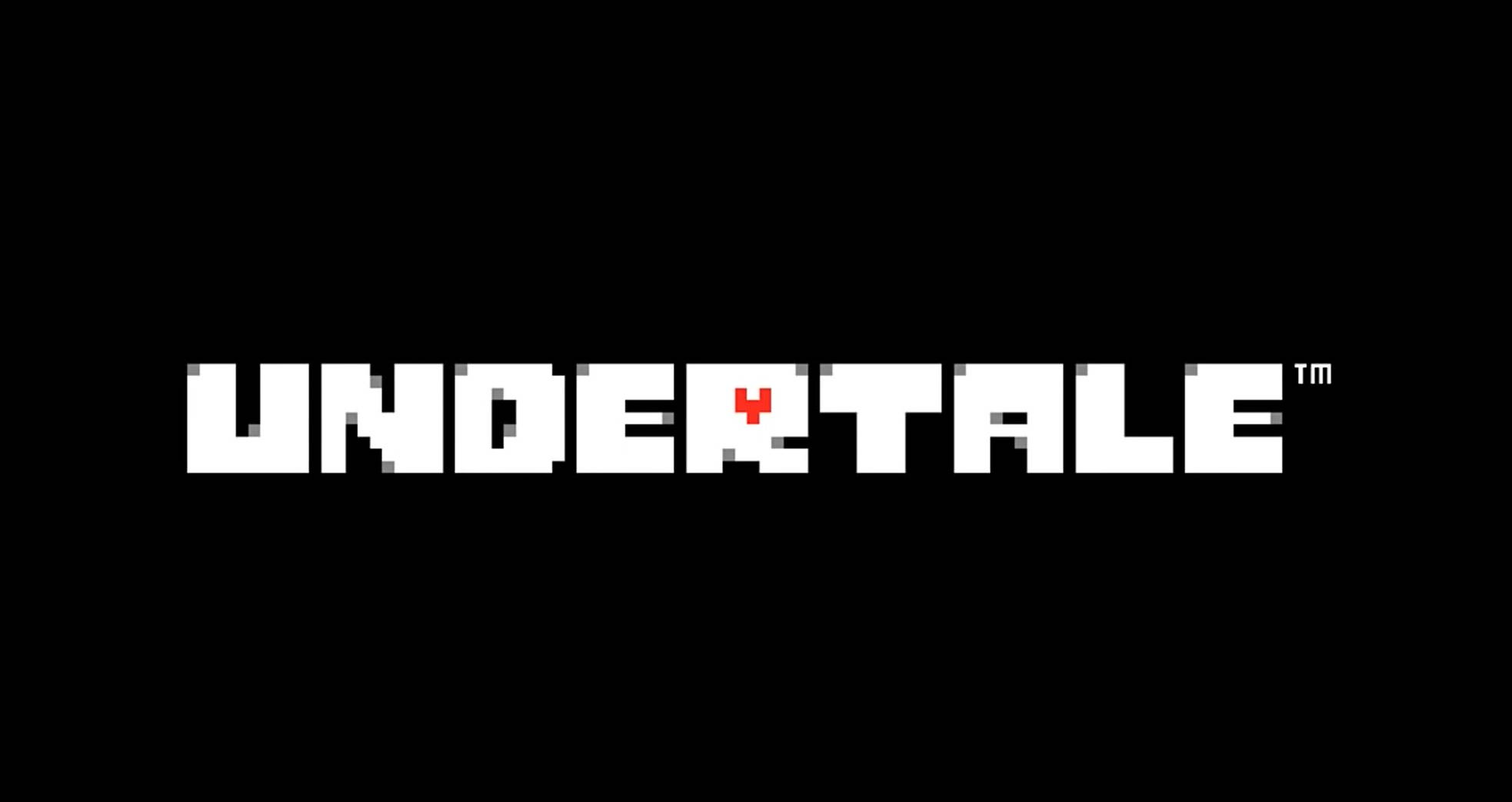 Undertale turned five this week, and I got to witness a lot of people on Twitter freaking out about it. And I did too; 2015 feels simultaneously like it was just yesterday and also like a million years ago. And 2015 was a great year for the YouTube gaming sphere: Life is Strange, Until Dawn, Fran Bow, at least a dozen Five Nights at Freddy games, and of course, Undertale. A seemingly simplistic pixel art RPG with endearing characters and a plot line full of twists and turns, it’s popularity grew to an unfathomable size. I loved it too, though the fanbase did grow tiring, it is important to separate the art from the fanatical masses who bastardized it at every turn.

Undertale worked for people for a number of reasons: some loved the wholesome messages and characters, some appreciated it from a gameplay standpoint, that there were so many routes you could take and decisions you could make. Still others grew obsessed with the lore and mysteries, going through every single detail in the game with a fine toothed comb to solve every mystery hidden within. And I love all that stuff, too. But for me, personally, I really liked the way it deconstructed old video game tropes, perhaps not subverting them, but using them in adding to the world.

An obvious example of this is that all the child characters are wearing stripes, something that is directly called out in game. But it goes a lot deeper than that. In a lot of games, you find random objects lying on the floor, and more often than not they are extremely helpful, functioning as armor or weapons. It’s never explained why there are so many random items lying on the floor, and the player doesn’t really question it, because it is a game and that is how the game chooses to give you those items. But Undertale does actually have an explanation: your character is not the first character to pass through this land of monsters, and all the items you find on the ground were left there by those who passed through previously… specifically when they were killed. The random helpful items you find lying on the floor are the last remains of the slaughtered children who tried to pass through before you. 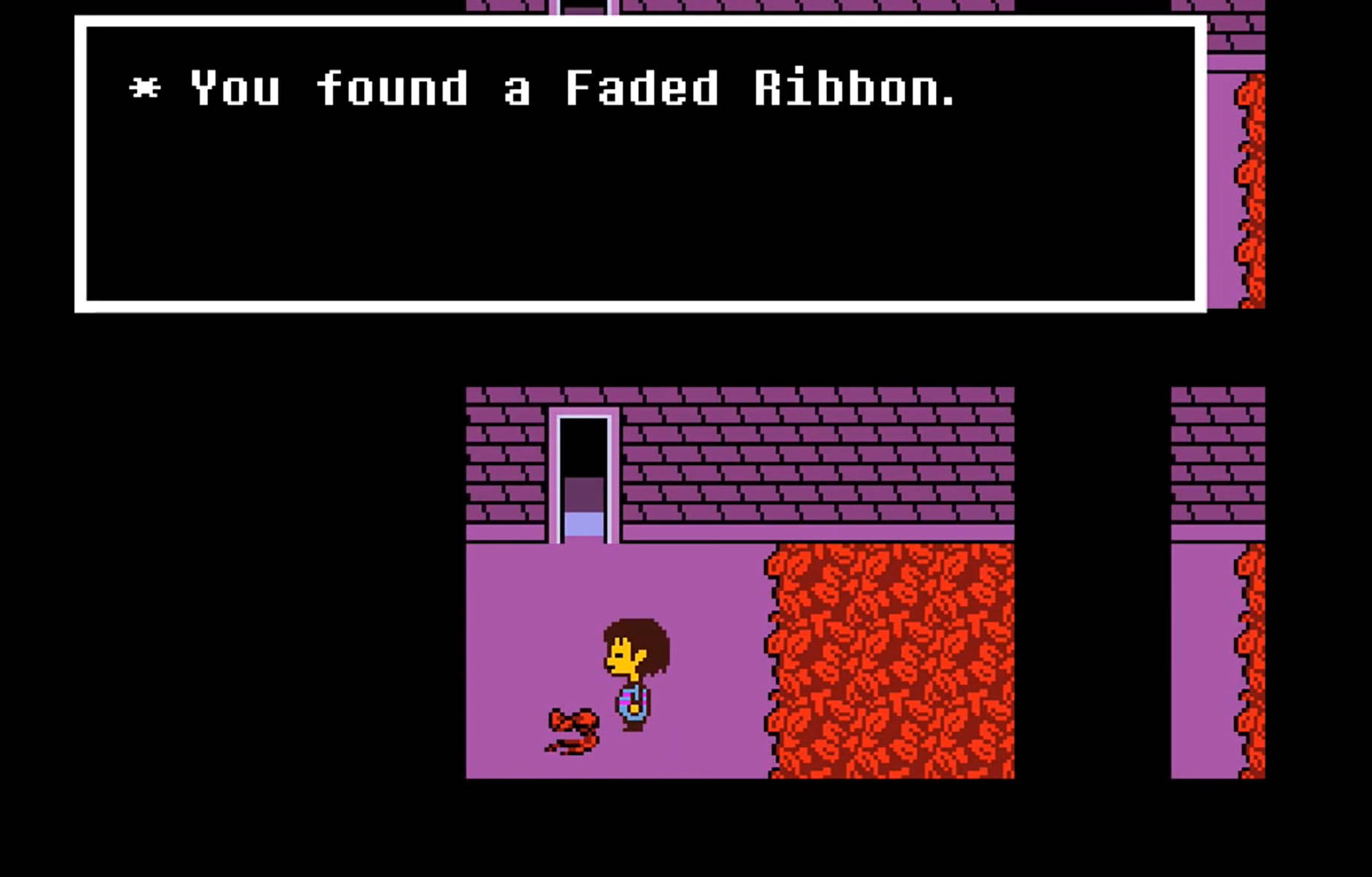 Another one that stood out to me were the lack of bodies. In most RPG games where you fight enemies, there are never any bodies left behind. Even in something like Pokemon, you can go over the same patch of grass over and over again, slaughtering as many rattatas as you can find, and will never see a trace of them. Undertale comes with an in-universe explanation for this: Monsters turn to dust when they die. And griding for experience, walking over the same spot over and over again looking for enemies to kill, is seen akin to genocide, and makes the characters in game treat you as a mass murderer.

And these aren’t just little details added to fix or add on to odd little details in RPG games that no one really questioned before: they actually add on to the story. That the kids all wear striped shirts lends credence to the fact that your character looks like the first fallen human; all the slaughtered humans were killed so their souls could break the barrier, and their items are used both against and to help you in one of the later boss battles; the monsters turning to dust is important plot point in explaining where the game’s greatest enemy came from, that his dust spread over with the yellow flowers and combined with the soul of his lost friend. 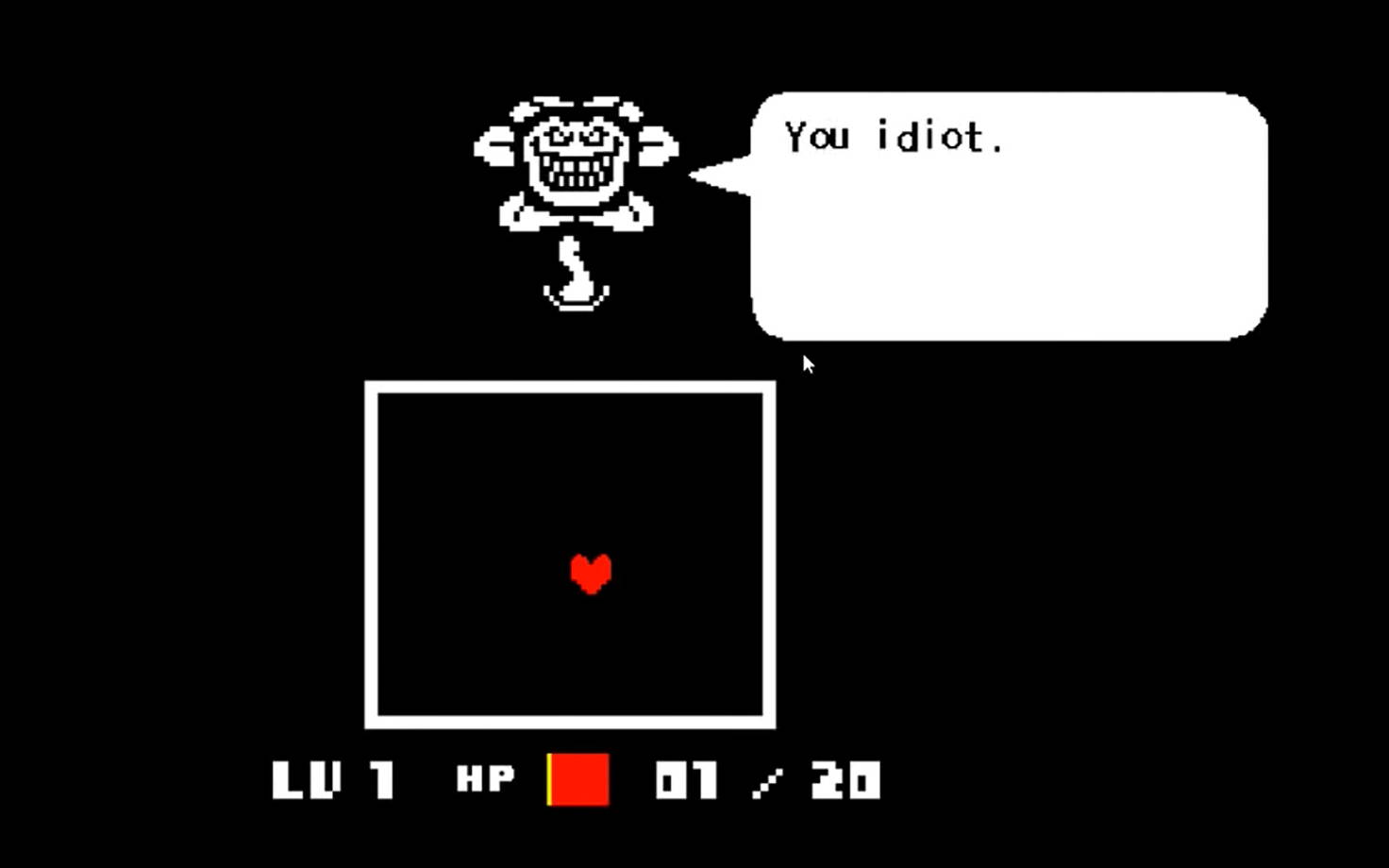 But of course, when people talk to the meta-ness of this game, they usually don’t fixate on these small details, but on the main character of Sans. Sans is a skeleton who is aware that this is all a game, and that you are in complete control of it. He is extremely disillusioned, truly believing that a happy ending is not possible, because even if you manage to achieve it, you will just reset the game and they’ll have to go through it all over again. Yes, resetting is canon in the universe of this game, and so is saving. Reloading a save to do something over is seen akin to time travel in this universe, and several characters will call you out if they suspect you’ve been doing it. The only way you can beat Sans, if your decisions lead you down that particular path, is to keep doing his fight over and over and over again, until you memorize all his moves. Sans is aware you are doing this, but he can’t do anything to stop you, and is just hoping if he can hold you off long enough you’ll just get bored and quit. 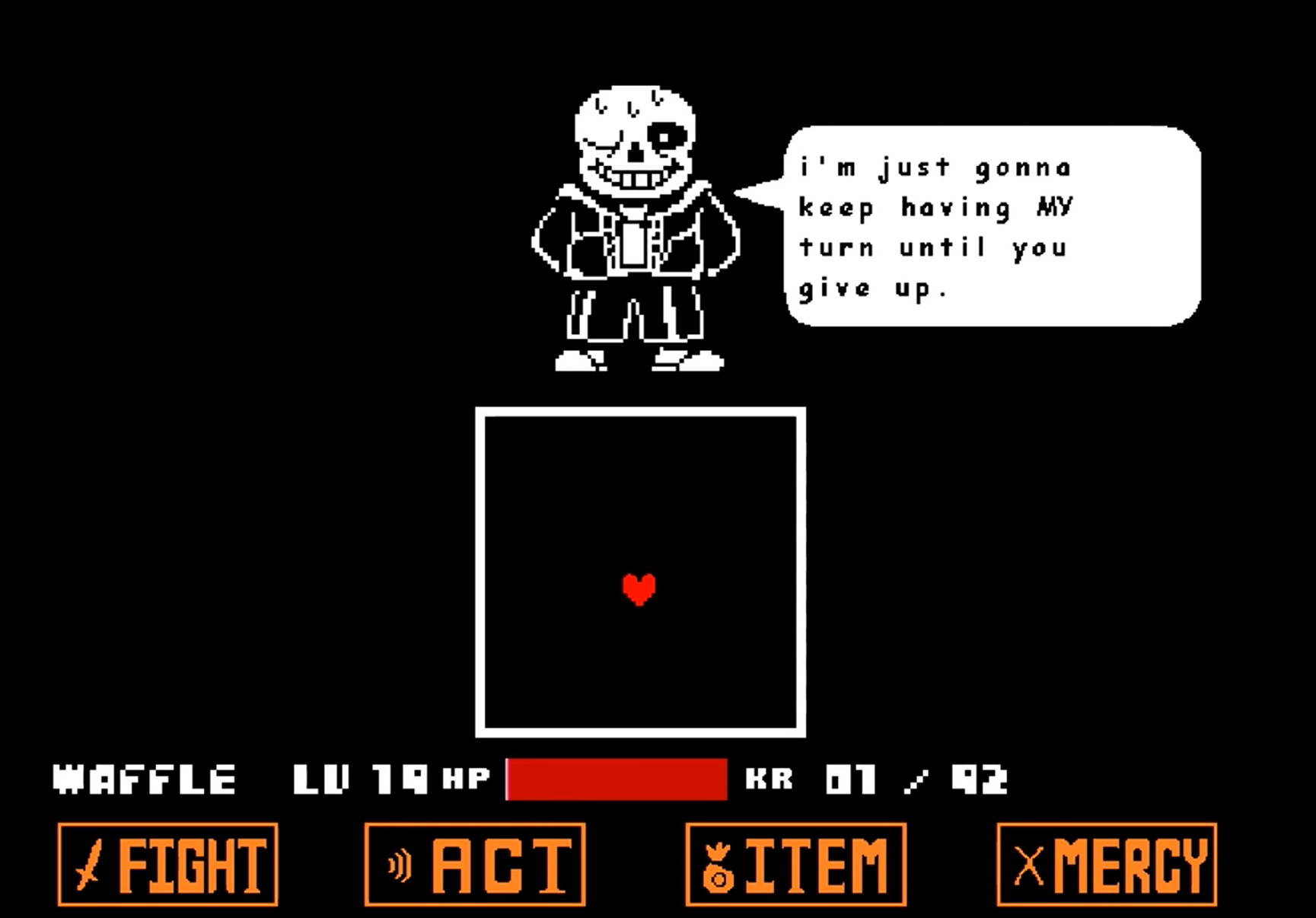 And this is all just scratching the surface. Flowey’s whole spiel about not seeing the characters around him as alive, and how he grew bored of their reactions and even their pain, is a straight up commentary on violence in video games, and he then calls out the people who want to do these acts themselves, but are too afraid and just watch someone else do it instead: a commentary on the gaming sphere on YouTube and Twitch. There are so many little details like this that are fun to notice and speculate on, and this is my favorite aspect of this very well designed game.