The Sims 4 Environments Are Disapointing – Silent Confidence Skip to content

The Sims 4's Environments Are Disappointing

The Sims 4 is a game very close to my heart, but I am not afraid to say it is a trash fire. Some of the decisions made in its development make sense in regards to where they were starting out from, but then went to such an extreme that I can’t help but feel baffled.

Now, The Sims 3 was a very flawed game, mostly in its performance. It ran terribly, especially if you were playing on just a laptop and not a gaming PC. It was laggy, crashed often, was full of game breaking bugs, and the world of Isla Paradiso was borderline unplayable. I had to move my family out of my town because the lag was so bad. However, the reason the Sims 3 had these problems is that it was too ambitious for its own good. It had an open world and color sliders, things that had never been seen in a sims game to date. And not only was the world open, it was also huge. The starter town, Sunset Valley, had dozens of lots all arranged in a way that felt realistic to a real town, with mansions along the beach side cliffs, more modest beach homes in front of the public stretch of the beach, suburban neighborhoods on the the edge of the town, and poorer homes in the middle of the town. There were bookstores, and restaurants, and while you couldn't see inside those buildings too, it was fun to just send your sim to the center of town have them hop from one building to another. You could even see them hop in a car and head to work everyday; every job had its own building, and if you ever thought to look, you could see Sims you didn’t control zooming around to their jobs and hobbies: they all had their own individual schedules. I used to put a Sims down who I wanted my Sim to marry, then watch them to see where they went, so that my sim could ‘bump’ into them out in the world. It felt organic that way.

The Sims 4 did away with all that. If you want to leave your home, there’s a loading screen. If you want to even go to a neighbor’s house, there is a loading screen. On a surface level, I understand. The Sims 3 was so laggy and slow, and The Sims 4 runs smooth as butter in comparison. And there are advantages; one problem with the Sims 3 open world and each Sim in the town having their own schedule was that if you went to a bar or a club, they would almost always be empty. With the Sims 4, since they have to load everything anyway, they just spawn a bunch of Sims in there with you. And that’s neat. But I can’t help but feel a bit cheated, especially when it comes to the towns themselves.

First of all, they’re tiny. Absolutely tiny, I’d say at least half the size of any of the Sims 3 towns. And this is something I can’t understand; if you don’t have to load the whole town itself, why not just have the towns be massive? Why not have dozens of lots? Some of the newer towns are particularly egregious in this regard: Glimmerbrook only has five lots, Magnolia Promenade just four, though most average out at about eleven or twelve.

All environmental storytelling has been removed from the game as well. The Sims 3, for example, had graveyards in most of the towns, with sims who had the same last names as current residents being buried there, and the Goth family having a family graveyard next to their house where their siblings, parents, and grandparents were laid to rest. The Sims 4 has nothing like this. Even worse, though, in one of the few instances of the Sims 4 trying to put some background into their characters, they completely miss the mark. Johnny Zest, a young adult living all alone in a trailer in the middle of the desert, is actually the disowned son of the esteemed Landgraab family. It says this fact in his description. However, the Sims 4 has family trees that allow you to see the relations between the Sims, and Johnny Zest is not on the Landgraab family tree. His family tree is completely blank, and the Landgraabs don’t show up as his relatives in the relationship menu.

Compare this to the Sims 3: Agnes Crumplebottom was the sister of Cornelia Goth, and despite living in different households, she was included in the family tree.

Speaking of Agnes Crumplebottom, she is probably my favorite example of environmental storytelling in the Sims 3. Her description introduces her as a recent widow after an accident during her honeymoon. and she is wearing all black. When you go down into her house, you see the grave of her husband in her garden, and if his ghost comes out, you can see that he drowned, which fits with the backstory given. Going upstairs, you see a half finished room, with a crib and only half the wall having bright cheery wallpaper. 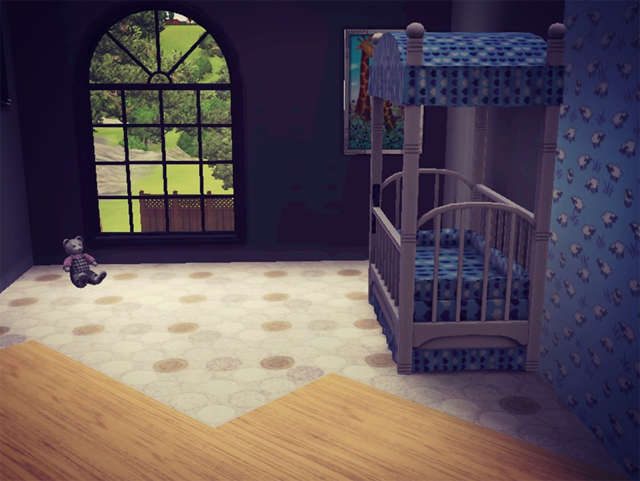 A few years back, The Sims 4 released Strangerville, a game that promised strange sims and even stranger mysteries,of which the bulk was that there’s a plant monster making people go mad. Actually going into the game reveals very little in the way of character, however. The houses are almost completely empty, and many even rooms with nothing in them. YouTuber Lil Simsie actually did a very in depth look into this before the game was even fully released.

Many have made the excuse that it’s because the town is supposed to be weird, but I look back to 2009, when I saw Agnes Crumplebottom’s little half finished nursery, and instantly got what the game was telling me. And I think to The Sims 3 town of Twinbrook, with a mystery of its own. If you bring back to life the sims buried in the Twinbrook graveyard, they all have green skin, gray hair, and bare feet. Now that was a strange mystery, and only people who were paying attention would even notice.

And it’s things like that I miss. The Sims 4 might run smoothly, but it has no character anymore, and I do deeply miss it.