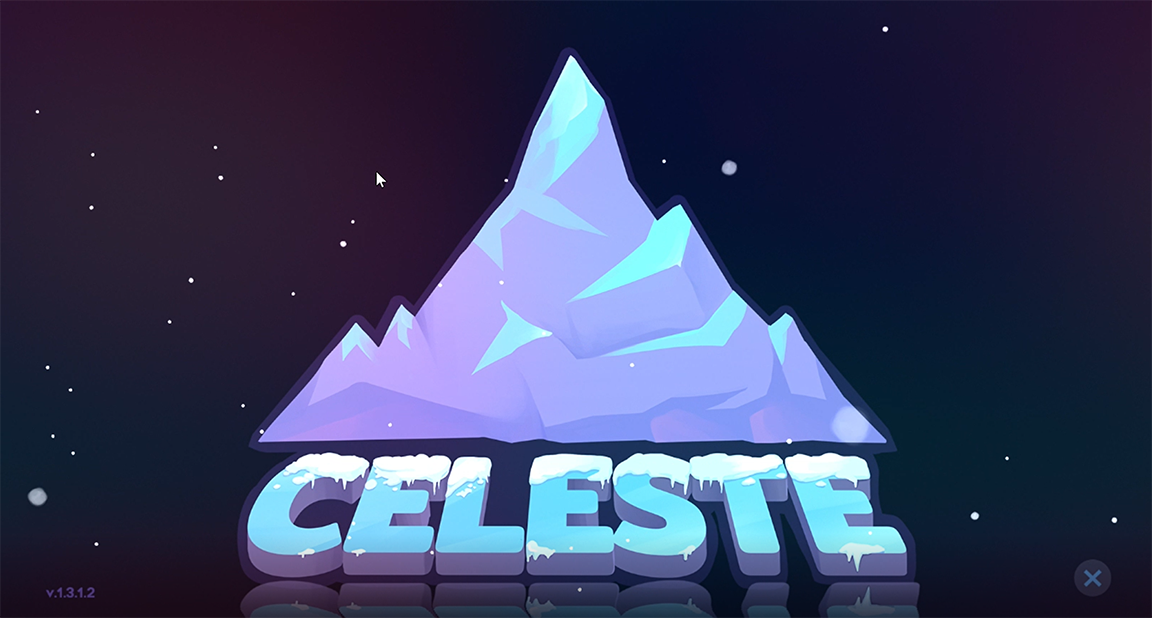 Celeste is a 2018 platformer by indie developer Matt Makes Game. I purchased it in a bundle back in July, and have started to play it this week. I wish I could give it a full review, but unfortunately I haven’t been able to finish it So maybe someday I’ll do a deep lore analysis, but that day is not today. And that is mostly because I came to a horrifying realization while I was playing Celeste for the first time: I am terrible at platformers.

The gameplay of Celeste is pretty complex. Your character has the typical left, right, crouch, and jump, but she is also able to climb and dash. Dashing is sort of a burst in a certain direction, and is often necessary to reach platforms. Not terribly complicated on the surface, but the levels themselves are tricky to navigate, and require moving quickly between the moves. And unfortunately, I was terrible at this. It took me ages to get past the first chapter, and I found the second chapter near impossible. I was frustrated, because I was charmed by the games visual style, music, and characters, but I wasn’t getting to enjoy any of that because I was just dying over and over again. So I did the unthinkable.

I opened the game’s accessibility options. 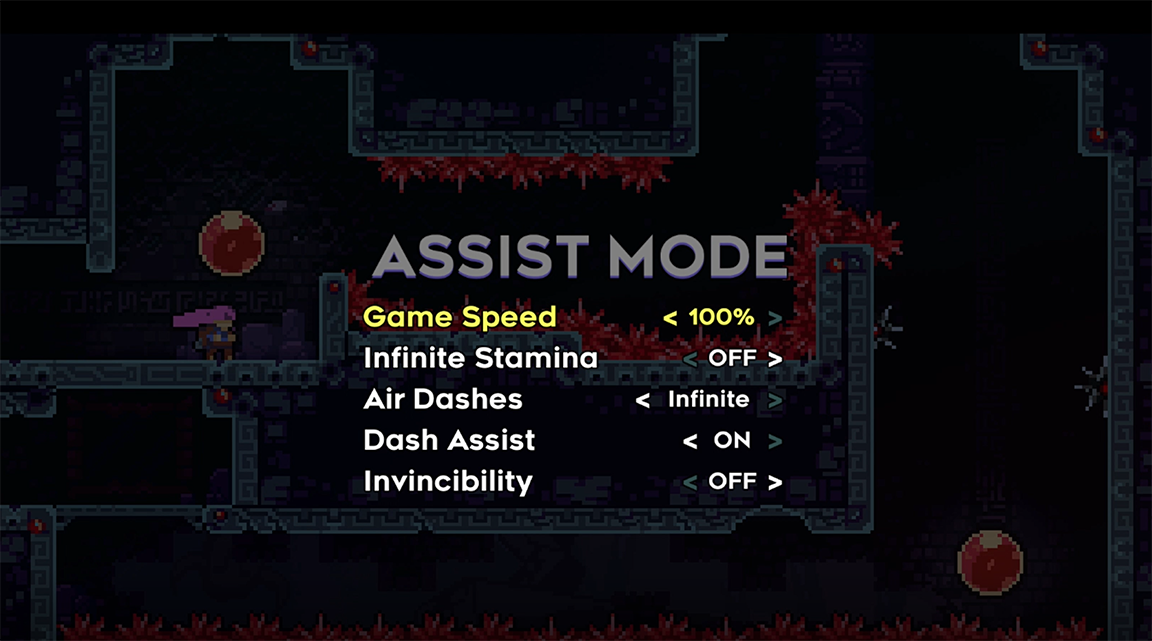 Yes, Celeste is one of those rare games that has options to make the game easier. You can change the game speed, change how many times you could dash, put an arrow so you can plan which way to dash, and even make it impossible to die in the game. That isn’t something I’ve indulged myself in too much, too admittedly I did use it once when I just couldn’t pass by a certain area. Usually, though, the ways I used the accessibility options were to have the arrow, and to allow myself to dash as many times in a row as I wanted, which essentially allowed me the gift of flight. No seriously, now instead of carefully scaling walls and jumping on platforms, I can just dash right over them. That is something the game allows me to do.

Is it fair of me to do this? Probably not. Am I enjoying the game much more now, though? Absolutely. I no longer dread new areas, I no longer purposefully skip exploring out of fear I’ll get stranded far from my destination. I can take more risks and try to get the strawberries that serve as collectables. And for what it’s worth, the game is still hard. I think unless you straight up make yourself invincible, the game will always be hard.

Now, I’ve definitely seen it said that Celeste should have not added these features, that doing so is holding the player’s hand and essentially coddling them. And I do agree somewhat, there is a lot of satisfaction in completing an extremely difficult game, however, I’m inclined to believe that these features are thematically appropriate. Although I haven’t finished the game yet, it is clearly very much about mental illness, and the struggle one goes through while navigating through life with a mental illness. The main character, Madeline, is an extremely anxious person who wants to climb a mountain just because it’s always been a goal of her’s and she wants to prove to herself that she can. The first interaction you have in this game has Madeline being mocked and told she can’t do it, one of the main enemies in the game in Madeline’s reflection who begins to haunt and mock her, and there’s even a part where she suffers a panic attack and you have to guide her through it. 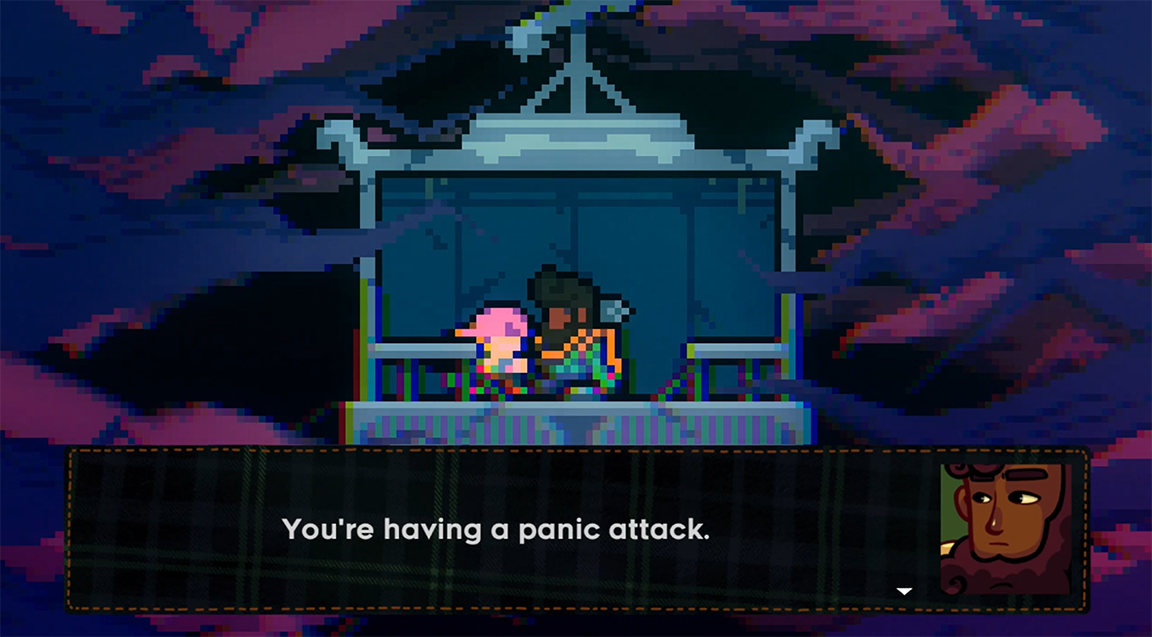 Now, what interested me was that Madeline’s appearance changes when you turn on any of the accessibility features. Usually she has red hair, but with the features on it lightens to a pale pink. Is this possibly hinting at a different ending, or theme? Like a, ‘it doesn’t matter if you needed help to get there, as long as you did it in the end’? I can’t tell you that right now, unfortunately, but I am looking forward to the ending, and I should be getting there much faster than I was before.